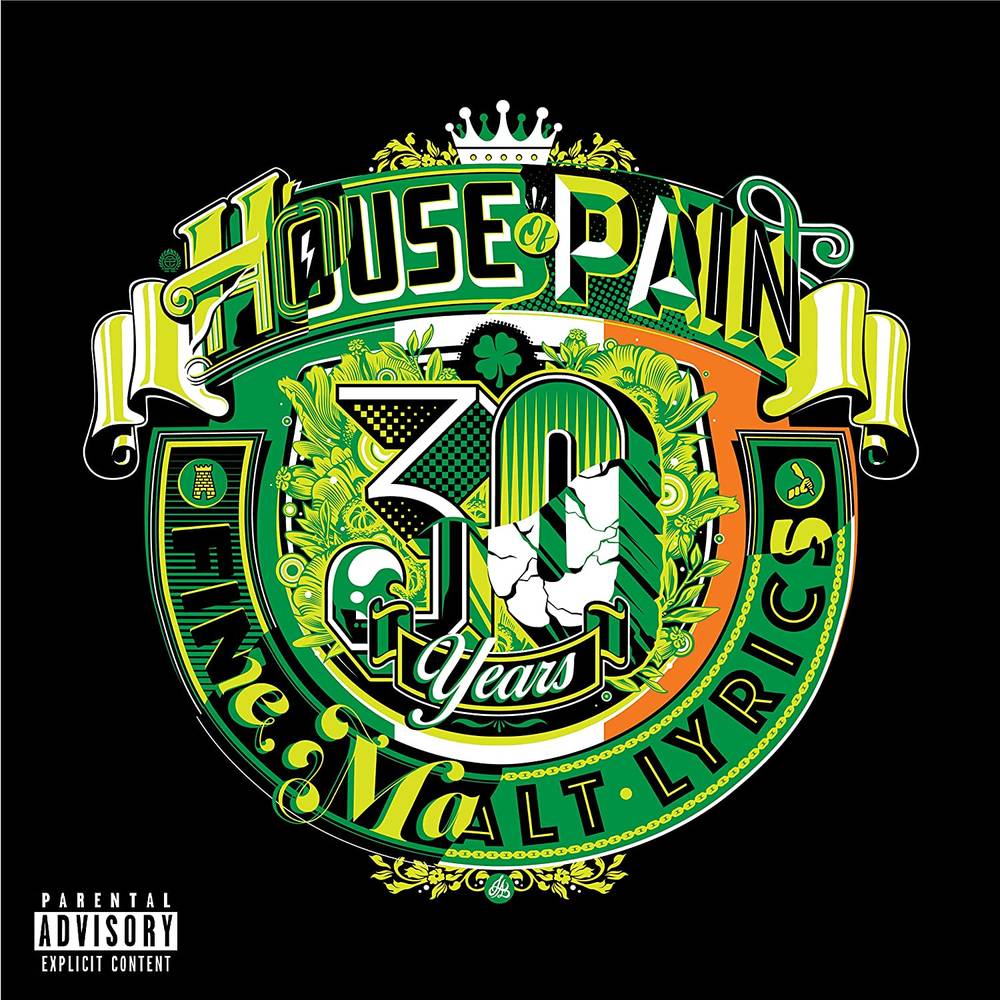 Tommy Boy Records celebrates the 30th Anniversary of House of Pain's debut album House of Pain (Fine Malt Lyrics) with a remastered, limited edition deluxe version release featuring re-imaged artwork by renowned artist, Tristan Eaton, on July 22, 2022. Everlast, DJ Lethal & Danny Boy formed House of Pain while attending high school and were signed to Tommy Boy Records after fashioning themselves as rowdy Irish-American hooligans, hitting the local rap & alternative music scene. Their debut album House of Pain (Fine Malt Lyrics) was released in 1992 and went multi-platinum, thanks to the smash hit single "Jump Around" which was produced by Cypress Hill's DJ Muggs. The song hit #3 on the Billboard Top 100 Chart in the US and charted Top 10 globally, including in the UK & Canada. "Jump Around" has been named one of the best songs in Hip-Hop (NME, VH1, Q Magazine, The Source) and continues to remain not only a club classic, but a sports anthem with one of the most recognizable beats in hip-hop history. House of Pain (Fine Malt Lyrics) also features Cypress Hill member B-Real on "Put Your Head Out" and Funkdoobiest's Son Doobie on "House and the Rising Sun", both members of the musical collective Soul Assassins and a remix of "Jump Around" by Pete Rock. Q magazine "... their music is of the dense, hard-hitting school of hip hop... The group have absorbed black rap's musical lessons and create a satisfying platform for their above average deliveries... " The Source "... a very solid and at times exceptional album... imagine if Licensed to Ill wasn't an upper middle class Jewish thing but rather a working class Irish thing... The atmosphere is like that of a cross between a frat party and a bar room brawl... "
AVAILABILITY ON LILLIPUTRECORDS.COM DOES NOT AUTOMATICALLY REFLECT AVAILABILITY IN STORE. "IN STOCK" ON LILLIPUTRECORDS.COM DOES NOT REFLECT "IN STOCK" AT OUR RETAIL STORE, AS "OUT OF STOCK" ON LILLIPUTRECORDS.COM DOES NOT REFLECT IN STORE INVENTORY. PLEASE CALL (414)271-8590 FOR AVAILABILITY.
This website uses cookies to personalize content and analyse traffic in order to offer you a better experience.
I accept Learn More
back to top