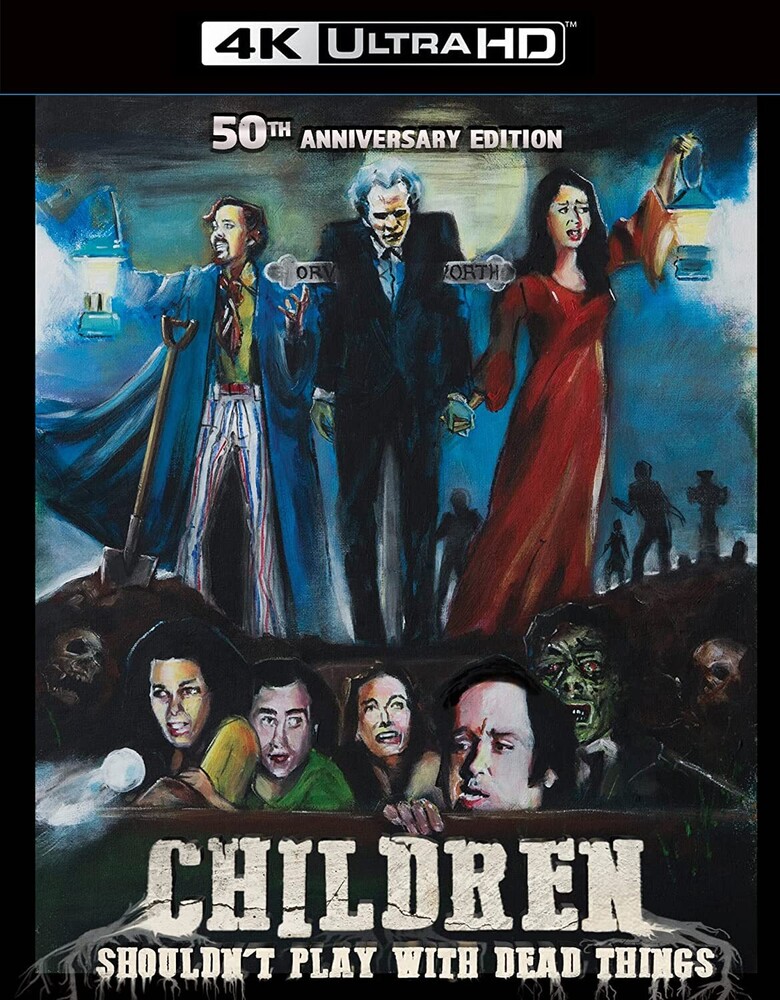 The SET-UP: Five young kinky actors and their artistic director come to a desolate and nearly forgotten burial island, complete with a morbid history of MURDER, RAPE, CURSES and DEMONS. Alan (Alan Ormsby), the brilliant but bizarre Director of the company, has brought them to this foreboding place to dabble in witchcraft; specifically to dig up a fresh corpse and use it in a ritual ceremony which is supposed to raise the dead from their graves. The PAY-OFF: It seems as though Alan has really gathered his "children" here, only to play a practical joke on them and then to party the rest of the night away. However, the joke's on Alan. His bizarre ritual ceremony really does raise the dead from their graves... only they're in no mood to party! NOTE: "BENJAMIN" CLARK is really "BOB" CLARK, the creative director behind the hit films PORKY'S, BLACK CHRISTMAS and A CHRISTMAS STORY among others. ALAN ORMSBY, though he turned in what has been described as "... one of the most obnoxious screen performances in history!", has actually made a mark for himself as the screenwriter for such memorable films as MY BODYGUARD, CAT PEOPLE, KARATE KID 3 and PORKY'S 2.
AVAILABILITY ON LILLIPUTRECORDS.COM DOES NOT AUTOMATICALLY REFLECT AVAILABILITY IN STORE. "IN STOCK" ON LILLIPUTRECORDS.COM DOES NOT REFLECT "IN STOCK" AT OUR RETAIL STORE, AS "OUT OF STOCK" ON LILLIPUTRECORDS.COM DOES NOT REFLECT IN STORE INVENTORY. PLEASE CALL (414)271-8590 FOR AVAILABILITY.
This website uses cookies to personalize content and analyse traffic in order to offer you a better experience.
I accept Learn More
back to top