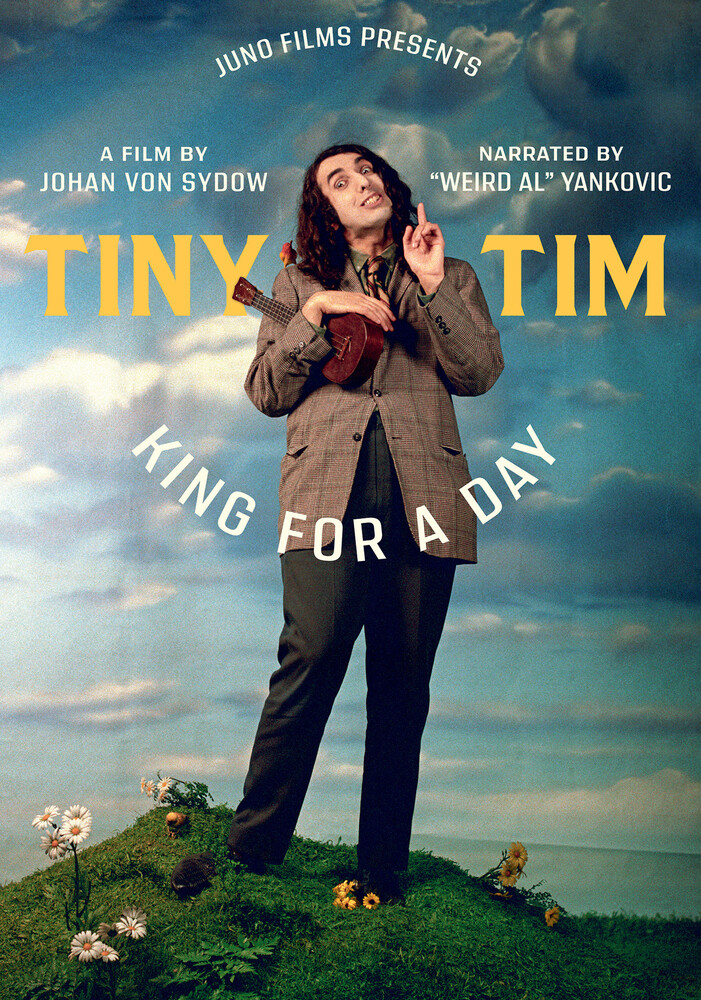 Narrated by Weird Al Yankovic, TINY TIM: KING FOR A DAY is a biographical doc about a musician who is not only well known for hits such as Tip Toe Through The Tulips but for his trail blazing personae that paved the way for other rock stars such as David Bowie, Prince, Iggy Pop and Boy George. An outcast from a young age, Herbert Khary's rise to stardom as Tiny Tim is the ultimate fairytale. Considered a freak by many of his peers, Tiny Tim left no one unaffected. His wedding on the Carson Show was watched by over 45 million Americans and his queer personality have been celebrated by the likes of Bob Dylan, Marilyn Manson and Lady Gaga. There were plans and hopes that Tiny Tim would be a lasting star, not only a novelty act but one man ruined these plans: Tiny Tim. The exclusive access to Tiny Tim's intense diaries, the playful and powerful animations and the interviews with his family and friends, makes this film not only a captivating portrait of one of the oddest stars the world has ever seen, but also a psychological drama, examining the borderline between insanity and geniality.
AVAILABILITY ON LILLIPUTRECORDS.COM DOES NOT AUTOMATICALLY REFLECT AVAILABILITY IN STORE. "IN STOCK" ON LILLIPUTRECORDS.COM DOES NOT REFLECT "IN STOCK" AT OUR RETAIL STORE, AS "OUT OF STOCK" ON LILLIPUTRECORDS.COM DOES NOT REFLECT IN STORE INVENTORY. PLEASE CALL (414)271-8590 FOR AVAILABILITY.
This website uses cookies to personalize content and analyse traffic in order to offer you a better experience.
I accept Learn More
back to top