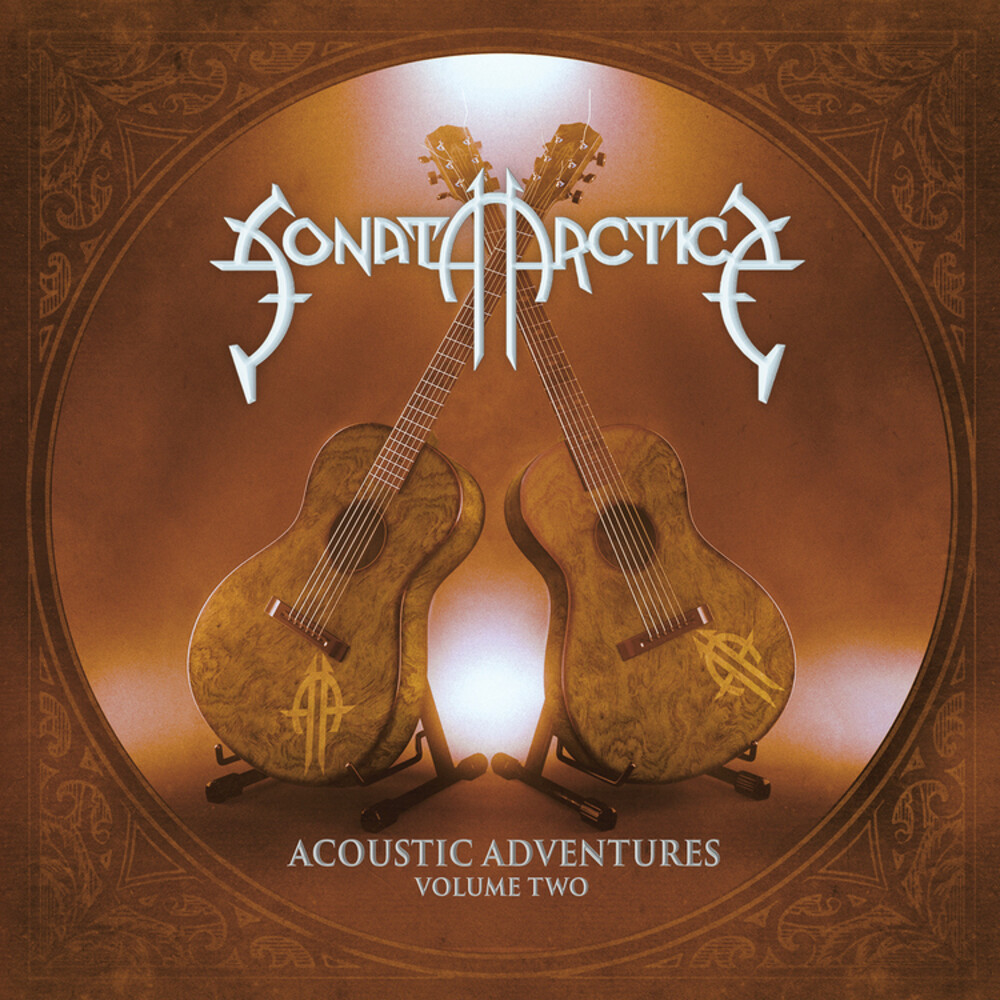 Sonata Arctica - Acoustic Adventures - Volume Two (CD-Jewel Case) - EN Finland's SONATA ARCTICA need no introduction: besides significantly influencing the power/melodic metal scene, they're a band that's not only famous for consistently delivering studio albums of high quality but also for experimenting and breaking out of their musical comfort zone. Of course, fans of these 'Northern Lights' usually know what they get, but in 2016, the group even surprised them by starting their "acoustic adventures," an idea allowing them to breathe, to challenge themselves and to gather new energy. Fresh Nordic wind that - only brought to the theatres of their home country in the beginning - made them enjoy popularity night after night and the run, which saw them leave their regular touring cycle routine, was a huge success. In 2019, the story finally found it's continuation outside of Finland - and made SONATA ARCTICA decide that those adaptations, including almost completely re-arranged tracks and songs that the quintet rarely used to play live during the last years, shouldn't only be available in the form of fan-made videos on YouTube. No sooner said than done! Making good use of the 2020 pandemic, the band entered the studio to bring the atmosphere of aforementioned adventures to tape and to record a series of songs - some of which sounding very different in the end, but in an undeniably SONATA ARCTICA-esque acoustic wrapping. A process that generated so much creativity resulted in a total of 24 songs. Too many for one album, but has there ever been something wrong with more SONATA ARCTICA music? While part one of the album (released in January 2022) - simply named Â»Acoustic AdventuresÂ« in remembrance of the tour that had led to all that - featured rarities such as 'The Rest Of The Sun Belongs To Me' (an exclusive Japanese bonus track of Â»Winterheart's GuildÂ«; 2003), the majority of the second chapter consists of more speedy tunes such as 'Black Sheep,' all-time live classic 'FullMoon,' and 'Flag In The Ground.' But SONATA ARCTICA wouldn't be SONATA ARCTICA, if they played it safe: 'San Sebastian' or closing track 'Victoria's Secret' - both performed at a slower speed - manage to spread a completely new, refreshing feeling for to the listener; a feeling that of course can be experienced the best way in front of a stage! That's why the outfit is now pleased to unveil Â»Acoustic Adventures - Volume TwoÂ« in autumn. To complete this special saga and to finally celebrate the kick-off of their next, multiply postponed Â»Acoustic AdventuresÂ« trip in order to lift up the Corona-shaken Finnish and European mainland minds. But first: come to the living room, lay back and follow SONATA ARCTICA on their stripped down yet not less exciting journey into the acoustic music world...!
AVAILABILITY ON LILLIPUTRECORDS.COM DOES NOT AUTOMATICALLY REFLECT AVAILABILITY IN STORE. "IN STOCK" ON LILLIPUTRECORDS.COM DOES NOT REFLECT "IN STOCK" AT OUR RETAIL STORE, AS "OUT OF STOCK" ON LILLIPUTRECORDS.COM DOES NOT REFLECT IN STORE INVENTORY. PLEASE CALL (414)271-8590 FOR AVAILABILITY.
This website uses cookies to personalize content and analyse traffic in order to offer you a better experience.
I accept Learn More
back to top