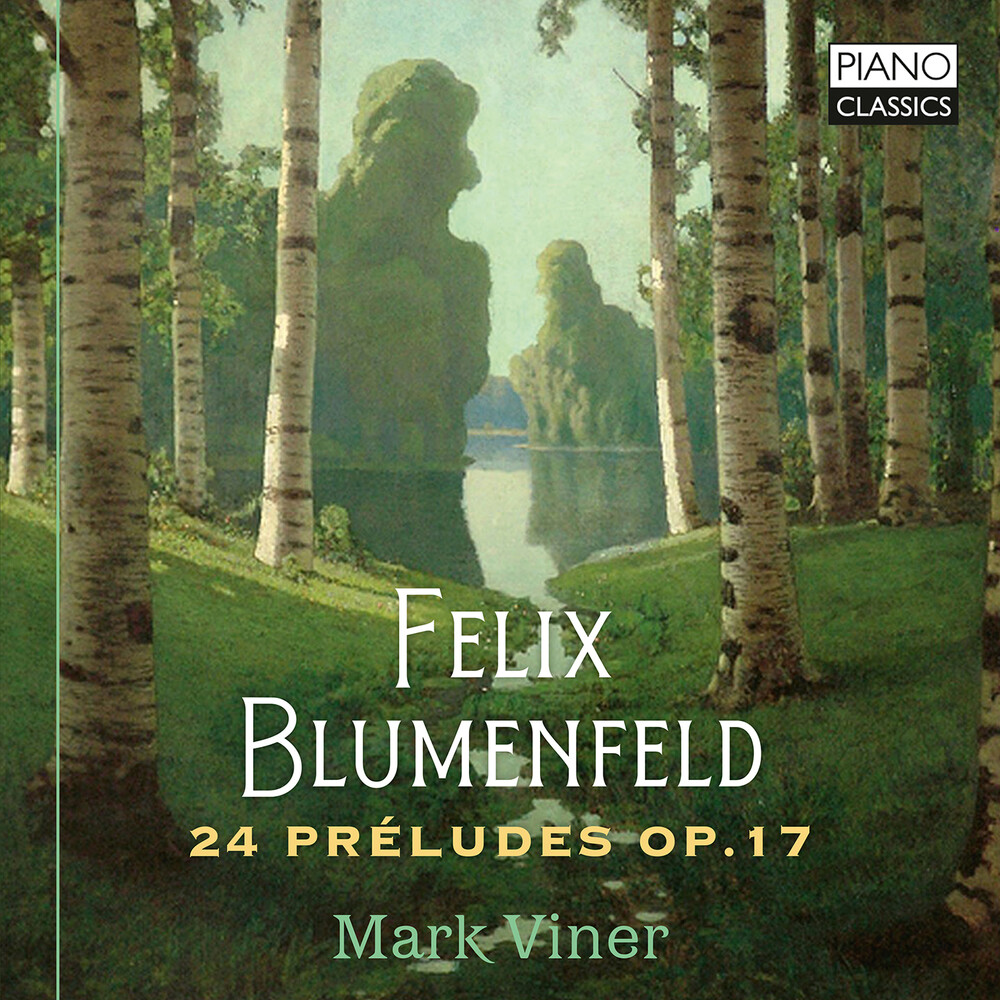 Felix Blumenfeld (1863-1931) was a virtuoso pianist, conductor and teacher whose class comprised the likes of Simon Barere, Maria Grinberg and Vladimir Horowitz. But he was also a composer of an oeuvre of breathtaking beauty, originality and sophistication. Even in his mid 20s Blumenfeld began teaching at the St Petersburg Conservatoire but resigned in protest at Rimsky-Korsakov's dismissal following the senior composer's support of the protestors killed in the Bloody Sunday massacre of 1905. At length he returned to his post but left for Kyiv on the outbreak of the Russian revolution, and became rector of the conservatoire founded by Mykola Lysenko (where he taught Horowitz). Chopin, Wagner and other Romantic-era masters all make their presence felt in the surging melodies and passionate harmonies of Blumenfeld's own music. Published in 1892 by Belaieff and dedicated to Rimsky-Korsakov's wife, the Op.17 form a quintessential work of Slavic late Romanticism. They are structured in four books of six preludes, touched with the solemnity of Orthodox chant at points and often aspiring to a grand and tragic idiom despite their relative brevity and tending towards melancholy even in the major-key pieces. The Op.17 Preludes are complemented in this new recording by Blumenfeld's study for the left hand Op.36 - relatively familiar as an example of the technique and widely promoted by the likes of Godowsky and Lewenthal. The Op.24 Etude de Concert is a dazzling accumulation of piano sonority requiring the deftest of hands and care over voicing to bring it's towering chords to life.
AVAILABILITY ON LILLIPUTRECORDS.COM DOES NOT AUTOMATICALLY REFLECT AVAILABILITY IN STORE. "IN STOCK" ON LILLIPUTRECORDS.COM DOES NOT REFLECT "IN STOCK" AT OUR RETAIL STORE, AS "OUT OF STOCK" ON LILLIPUTRECORDS.COM DOES NOT REFLECT IN STORE INVENTORY. PLEASE CALL (414)271-8590 FOR AVAILABILITY.
This website uses cookies to personalize content and analyse traffic in order to offer you a better experience.
I accept Learn More
back to top