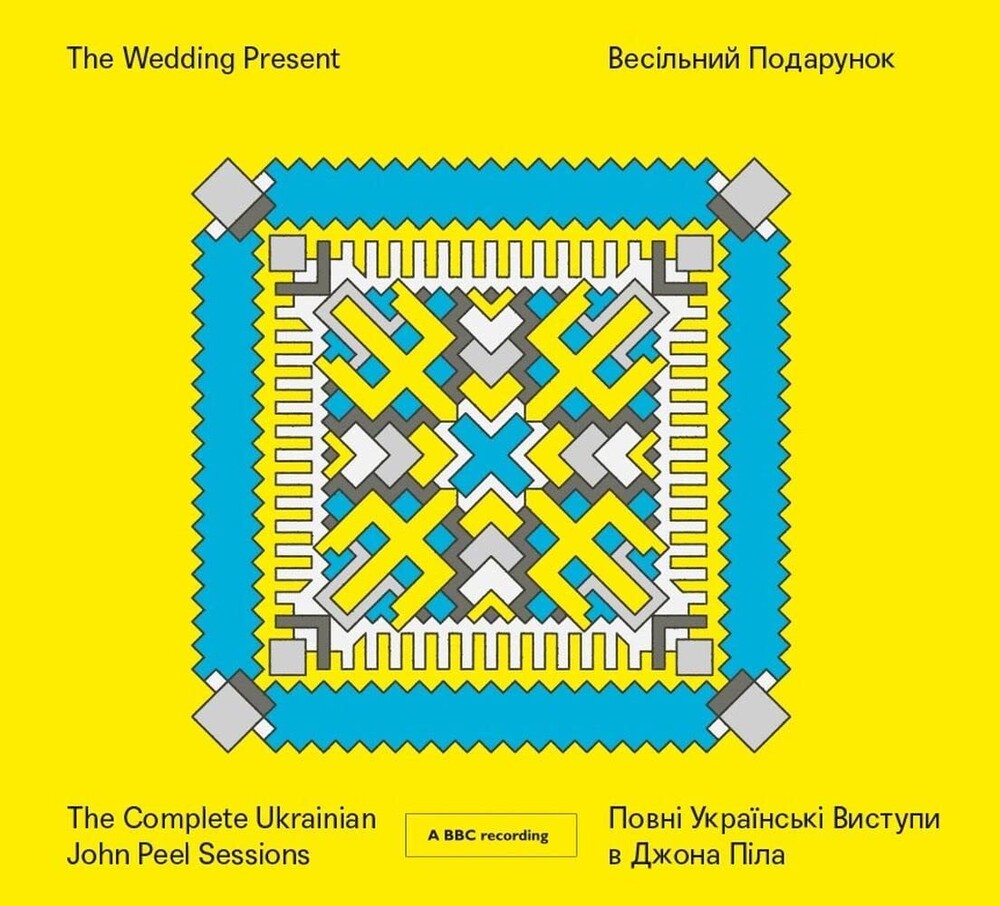 UK collection. Includes all three John Peel sessions remastered for the first time along with booklet + new sleeve artwork designed by original artist Jonathan Hitchen. Who would have thought the Ukrainian songs The Wedding Present initially played as a bit of fun would turn into a proper band with numerous albums, BBC sessions for the legendary John Peel Show and live shows to their credit? Already forging a reputation as purveyors of the finest British indie rock of a generation, Leeds-based band The Wedding Present first played the traditional Ukrainian song 'Hopak' at rehearsals in 1987, suggested by second guitarist Pete Solowka, whose father had emigrated from Ukraine. Proving a hit with the band, they soon decided to add to the song and it wasn't long before the band's next John Peel session for his popular BBC radio show had a distinct Ukrainian feel to it! Drafting in singer/violinist Len Liggins, a friend of Solowka's and a student of Slavonic languages, the session was a surprising hit, and Peel would go on to air the session several times over. In fact, that first session is still being played today, most recently by Gideon Coe on BBC Radio 6 Music. Due to the overwhelming success of that first session, two further BBC sessions were recorded at Peel's request.
AVAILABILITY ON LILLIPUTRECORDS.COM DOES NOT AUTOMATICALLY REFLECT AVAILABILITY IN STORE. "IN STOCK" ON LILLIPUTRECORDS.COM DOES NOT REFLECT "IN STOCK" AT OUR RETAIL STORE, AS "OUT OF STOCK" ON LILLIPUTRECORDS.COM DOES NOT REFLECT IN STORE INVENTORY. PLEASE CALL (414)271-8590 FOR AVAILABILITY.
This website uses cookies to personalize content and analyse traffic in order to offer you a better experience.
I accept Learn More
back to top