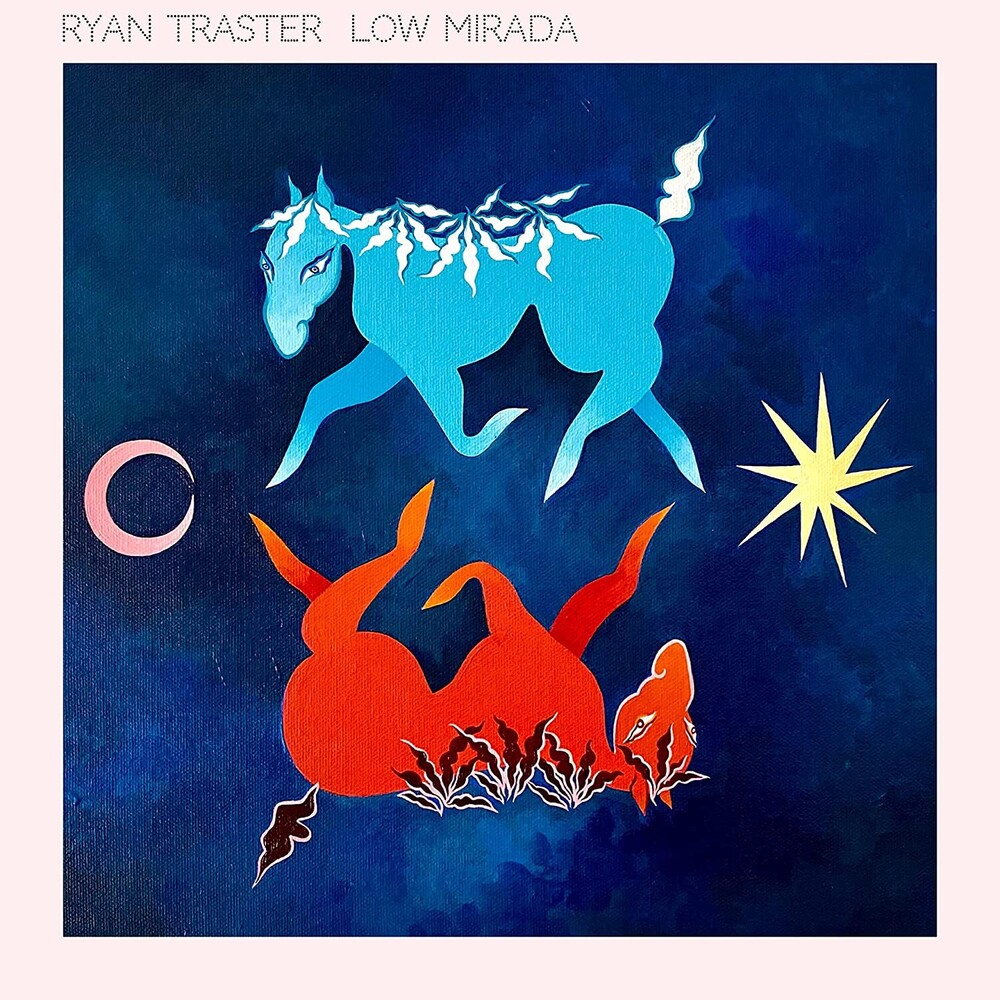 Low Mirada, the latest album by singer-songwriter Ryan Traster, opens with "The Night's Got You," a mid-tempo number with guitars that oscillate seamlessly from jangle to fuzz, and a slacker vocal delivery that sounds erudite and dreamy all at once. The first half of the record keeps a buoyant energy before easing into duskier territories toward the middle, with tracks like "Seventh Daughter" and "One Click Salvation." There is an aesthetic sensibility that persists throughout the album, Traster swapping the acoustic-leaning instrumentation of his earlier albums for Rickenbackers and more space and fuzz. This latest offering of songs has a reason, a place, a tradition. Based in Joshua Tree, Traster is concerned with pinning down the milieu of his home and situating his stories in the rich lineage of Cosmic American music pioneers, the likes of The Byrds, Crazy Horse, and Gram Parsons (who left this mortal coil a few blocks away from where Traster lives). As for the new sonic direction, Traster himself sums it up succinctly: "For this record I was really into the 80s West Coast sound of the Paisley Underground, which pulled in more jangling guitars, keys, and expanded production ideas that felt slightly more contemporary." This pivot too is grounded in a musical tradition; Traster is an artist and a scholar, leaving us artifacts for both wonderment and posterity. Low Mirada was recorded by Kris Johnson at Flowers Studio in Minneapolis, MN, mostly with a live band, which gives this effort a more urgent velocity than previous records. It also features keyboards and mixing by Chris Walla (Death Cab for Cutie, The Decemberists, Pinegrove). Says Traster of Walla's involvement in the project: "I'm a longtime admirer of Chris Walla and his unique approach to creating soundscapes. It was a dream collaboration for me and he was an integral part of pushing this album further out into the cosmos and realizing it's true sonic space." Traster slows it down on the closing track, "Home Again," while also showing us what he's best at: stories that sit with you like half-memories and half-dreams, wrapped up and delivered in effortless grooves and smartly cool croons. But Peter Jesperson (Twin Tone Records, New West Records) gives us perhaps the best summation of Low Mirada: "Ryan Traster has an enviable, naturalistic way with his music, exuding feel and craft in equal measure. In essence it's thoughtful, melodic rock with rootsy underpinnings, but Ryan seems unconcerned with what genre he's writing in and just gets on with it. These are songs that will stand the test of time."
AVAILABILITY ON LILLIPUTRECORDS.COM DOES NOT AUTOMATICALLY REFLECT AVAILABILITY IN STORE. "IN STOCK" ON LILLIPUTRECORDS.COM DOES NOT REFLECT "IN STOCK" AT OUR RETAIL STORE, AS "OUT OF STOCK" ON LILLIPUTRECORDS.COM DOES NOT REFLECT IN STORE INVENTORY. PLEASE CALL (414)271-8590 FOR AVAILABILITY.
This website uses cookies to personalize content and analyse traffic in order to offer you a better experience.
I accept Learn More
back to top