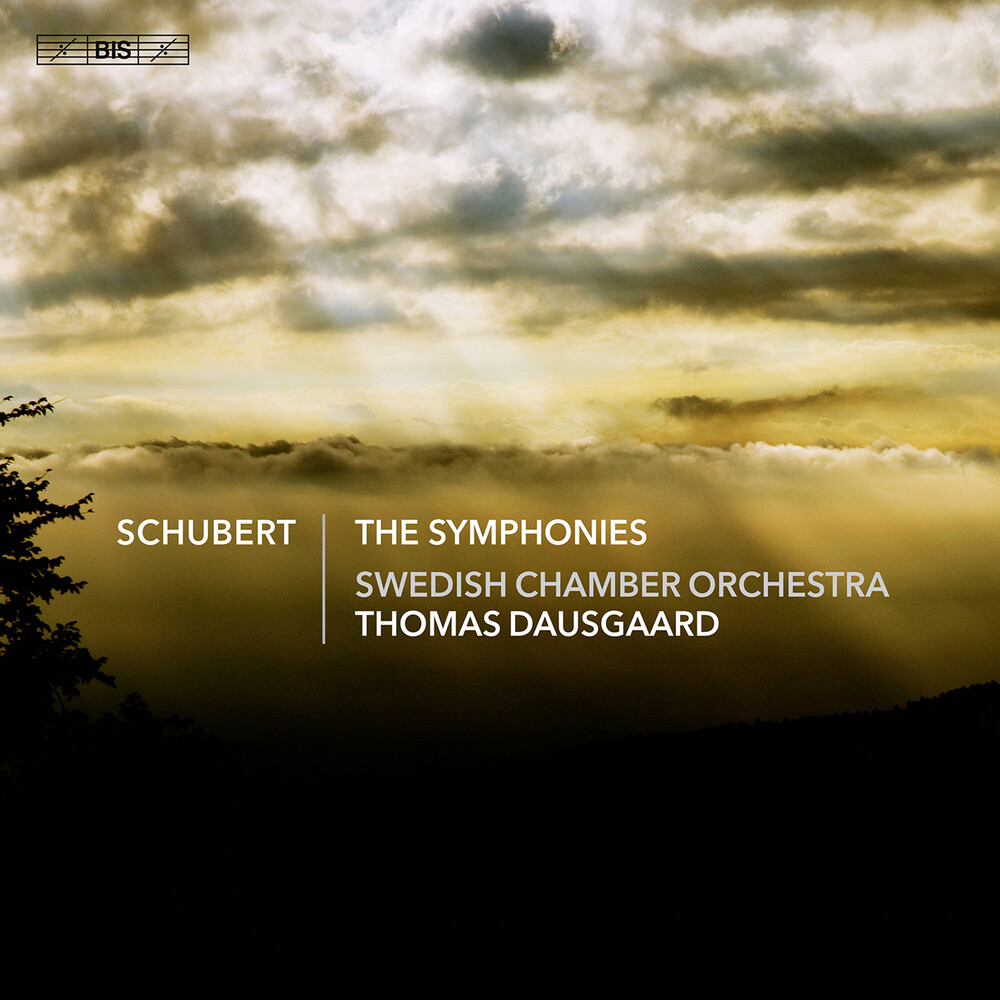 It was only after his death that Franz Schubert's symphonic works made an impact in music history. In fact, the first public performance of any of Schubert's symphonies took place at a memorial concert held a few weeks after the composer had passed away, on 19th November 1828. The work that was heard at that occasion was Symphony No.6, D589, the 'Little C major', while the two undisputed master works of the series - the 'Great C major' and the 'Unfinished' - had to wait until 1838 and 1865, respectively, before being performed. The six symphonies that precede them in the list of completed works were all composed between 1813 and 1818, while Schubert was still only 21 years of age. In a style above all oriented on Haydn and Mozart, they are youthful in the best sense of the word and display a disarming freshness which the present performances convey to perfection. The four discs gathered here were released singly between 2010 and 2014, receiving critical acclaim in the international music press: the reviewer in The Daily Telegraph (UK) described the experience as 'having a layer of varnish removed from a much-loved painting' while his colleague in Fanfare wrote that the approach by Thomas Dausgaard and the Swedish Chamber Orchestra 'changes the landscape', proposing that the cycle 'could become a first choice among any available.' The set also include some shorter orchestral works, among them the much-loved Rosamunde Overture.
AVAILABILITY ON LILLIPUTRECORDS.COM DOES NOT AUTOMATICALLY REFLECT AVAILABILITY IN STORE. "IN STOCK" ON LILLIPUTRECORDS.COM DOES NOT REFLECT "IN STOCK" AT OUR RETAIL STORE, AS "OUT OF STOCK" ON LILLIPUTRECORDS.COM DOES NOT REFLECT IN STORE INVENTORY. PLEASE CALL (414)271-8590 FOR AVAILABILITY.
This website uses cookies to personalize content and analyse traffic in order to offer you a better experience.
I accept Learn More
back to top