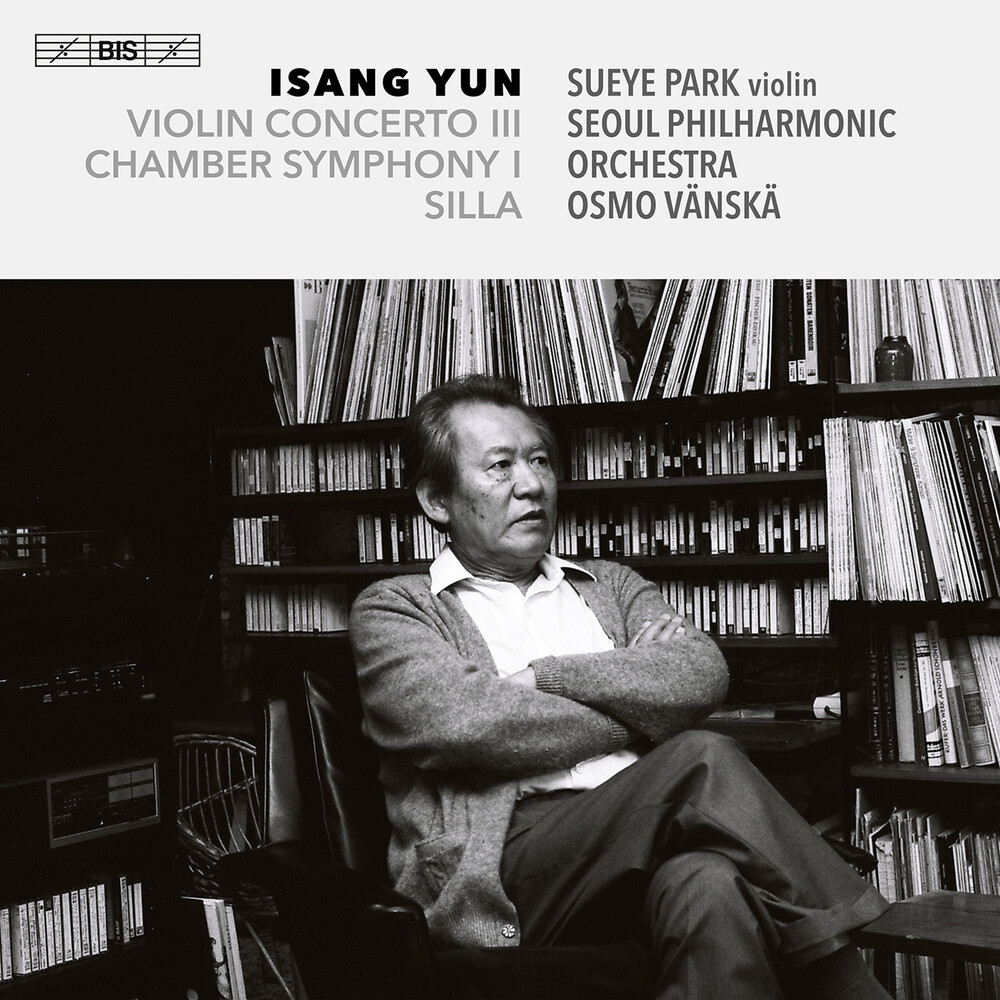 At the end of a career spent between his native Korea and Germany, during which he produced works that span the musical traditions of both countries, Isang Yun expressed a wish to limit himself 'to what is substantial, in order to transmit more peace, more goodness, more purity and warmth into this world'. With Silla (1992) the composer pays tribute to the origins of Korean culture and philosophy, to the court music introduced from China, and to the period when Korea's political unity was established (676-935 AD). Describing it's mood, Yun provided such keywords as 'nocturnal, festive... mirthful but also melancholy'. From the same year, Violin Concerto III was composed after a stay in hospital, and Yun once described it as a birthday present to himself. At the age of 75 he no longer felt the need to take contemporary currents, aesthetic trends or technical restraints into consideration. The work holds in store a wealth of musical occurrences that could perhaps be deciphered in the context of it's composers own life, and is here performed by the young South Korean violinist Sueye Park. Closing the disc is Chamber Symphony No. 1 from 1987, a work in one movement but with three distinct sections. In it, Yun combines instruments that forge changing musical alliances while engaging in rivalry or complementing each other. The mood is evocative of an, at times, animated conversation.
AVAILABILITY ON LILLIPUTRECORDS.COM DOES NOT AUTOMATICALLY REFLECT AVAILABILITY IN STORE. "IN STOCK" ON LILLIPUTRECORDS.COM DOES NOT REFLECT "IN STOCK" AT OUR RETAIL STORE, AS "OUT OF STOCK" ON LILLIPUTRECORDS.COM DOES NOT REFLECT IN STORE INVENTORY. PLEASE CALL (414)271-8590 FOR AVAILABILITY.
This website uses cookies to personalize content and analyse traffic in order to offer you a better experience.
I accept Learn More
back to top