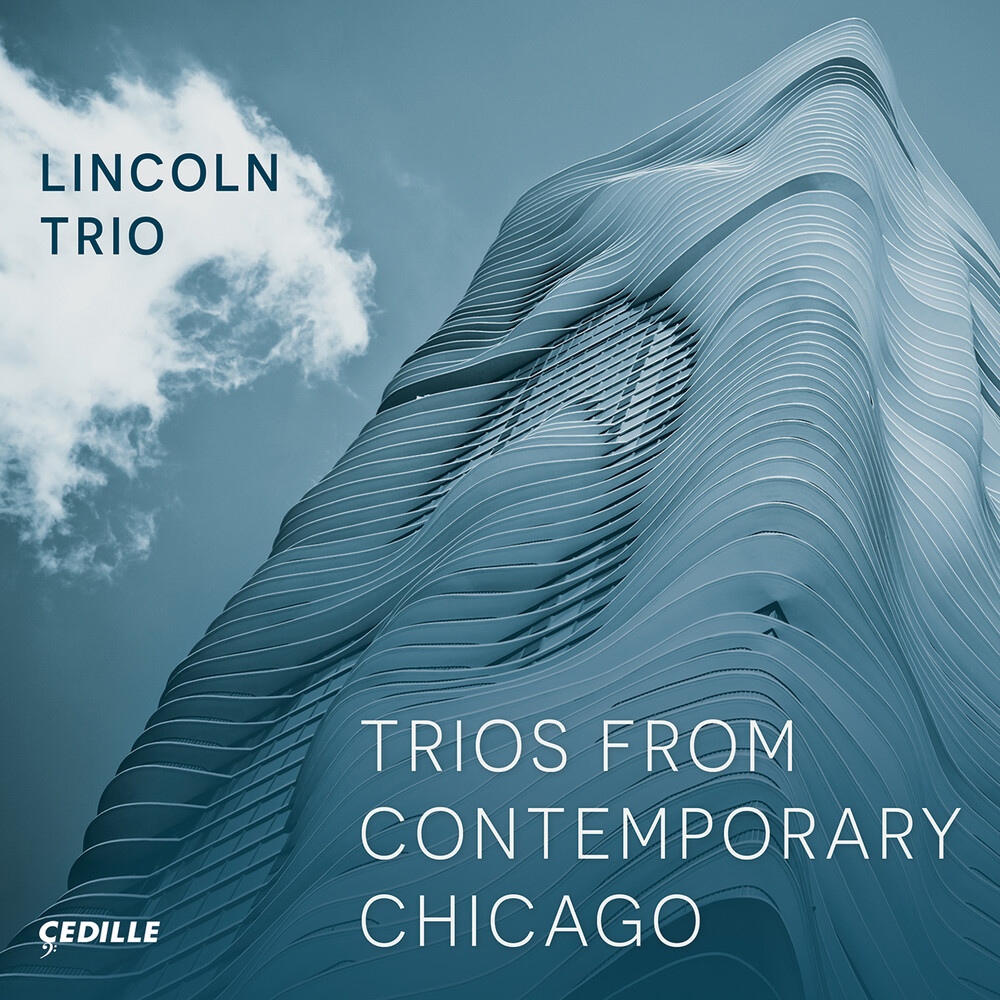 The twice-Grammy-nominated, Billboard-charting Lincoln Trio - violinist Desirée Ruhstrat, cellist David Cunliffe, and pianist Marta Aznavoorian - surveys works by five of Chicago's most highly lauded contemporary composers on an album that features three world-premiere recordings. Composers are Shawn E. Okpebholo, Augusta Read Thomas, Shulamit Ran, Mischa Zupko, and Stacy Garrop. Okpebholo's music has been described as "devastatingly beautiful" and "fresh and new and fearless" (Washington Post). His three-movement city beautiful evokes distinctive Chicago architecture. Recipient of many awards and honors, Augusta Read Thomas is "a true virtuoso composer" (The New Yorker). Her vibrant, multicolored... a circle around the sun... gives each instrument, by turns, a "starring" role in the center of a compact musical solar system. In addition to receiving the Pulitzer Prize in 1991, Ran has received almost every major honor a U.S. composer can earn. Her Soliloquy, depicting unrequited love, is based on a musical fragment from her first opera. Zupko's music has earned kudos from The New York Times and other major publications and has been championed by leading U.S. orchestras and chamber groups. His celebratory Fanfare 80 opens with the hallmarks of a classic fanfare, with "antiphonal volleys" among the instruments and occasional "savage dance-like" passages from the piano. "One of Chicago's most keenly sensitive composers" (Chicago Tribune), Garrop is also among the busiest. Recent commissions include works for The Crossing, Grant Park Orchestra, and St. Louis Symphony. Her Sanctuary is a deeply personal tribute to her late father. The music evokes a child's lonely search for memories of a lost parent, followed by the joy and solemnity of a father-daughter reunion.
AVAILABILITY ON LILLIPUTRECORDS.COM DOES NOT AUTOMATICALLY REFLECT AVAILABILITY IN STORE. "IN STOCK" ON LILLIPUTRECORDS.COM DOES NOT REFLECT "IN STOCK" AT OUR RETAIL STORE, AS "OUT OF STOCK" ON LILLIPUTRECORDS.COM DOES NOT REFLECT IN STORE INVENTORY. PLEASE CALL (414)271-8590 FOR AVAILABILITY.
This website uses cookies to personalize content and analyse traffic in order to offer you a better experience.
I accept Learn More
back to top