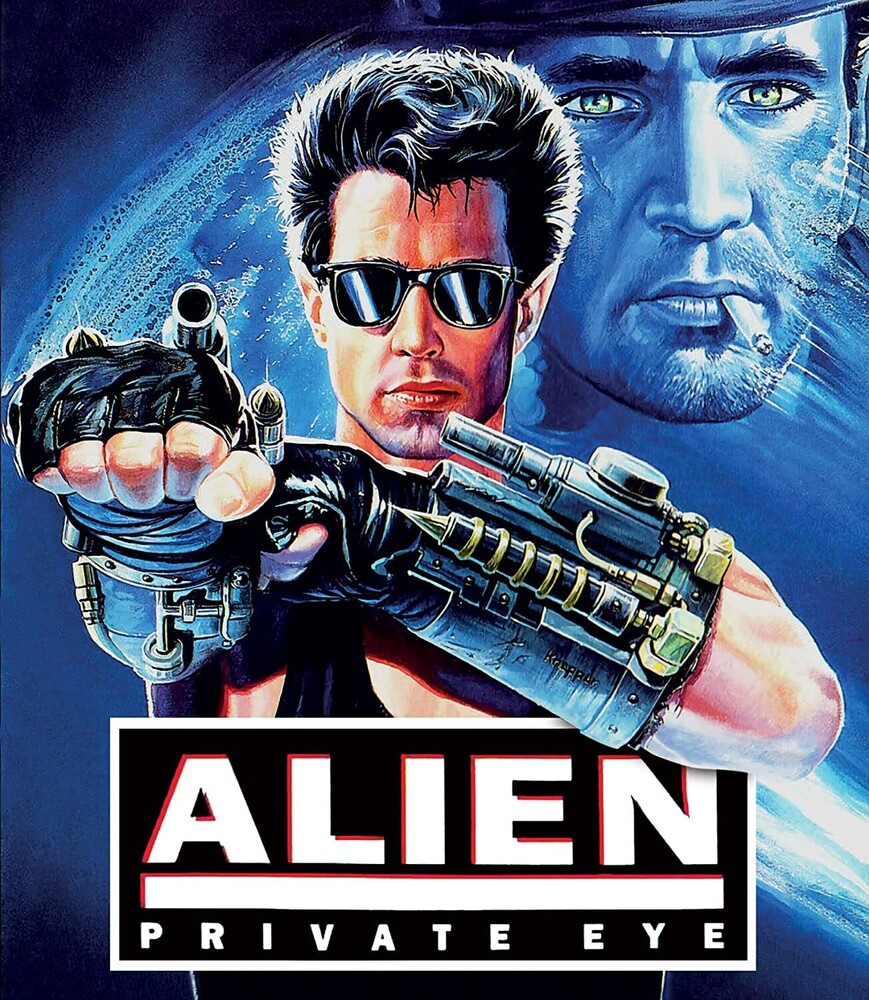 Vinegar Syndrome specializes in the masterful restoration and distribution of cult, horror, and erotic films from the 1960s-90s. Aliens have long integrated themselves among the human population to the point that they are physically indistinguishable, except for their uniquely pointed ears; a physical trait they go to great lengths to hide or have surgically altered in order to fully blend into human society. Lemro, an alien, has found his calling on earth working as a private investigator. One day a beautiful and mysterious woman visits his office and shares the story of a mysterious disc shaped artifact which has the potential to destroy the human race, begging for Lemro's help in preventing such devastation. Initially uncertain if he should take the case, Lemro quickly finds himself embroiled in an intergalactic drug smuggling ring hellbent on turning every human into a mindless junkie. Putting his investigative - and martial arts skills - to the ultimate test, Lemro begins a deadly fight to smash the drug smuggling operation while racing against time to unlock the secret of the mysterious disc before it is too late. Part sci-fi, part neo-noir, part action movie, and a pure passion project for all involved, Alien Private Eye is a genre-bending powerhouse of gut crushing fight scenes and neon fueled, hazy atmospherics. Starring actor and professional kickboxer Nicholas Hill (credited as Nikki Fastinetti) and directed by future TV writer Vik Rubenfeld (credited only as Viktor), Alien Private Eye has remained mostly unseen since the days of VHS and makes it's world Blu-ray debut from Vinegar Syndrome, featuring a brand new 4K restoration from it's original camera negative. Bonus Features:1. Region Free Blu-ray 2. Newly scanned & restored in 4K from it's 35mm original camera negative 3. Brand new commentary track with writer/director/producer Vik Rubenfeld 4. "Master of Suspense" - an interview with Vik Rubenfeld 5. "Fashion Show Film Noir" - an interview with cinematographer Jürg V. Walther 6. "Mister Lemro Private Investigator, I Presume" - an interview with lead actor David "Nico" Hill 7. Reversible cover artwork 8. English SDH subtitles
AVAILABILITY ON LILLIPUTRECORDS.COM DOES NOT AUTOMATICALLY REFLECT AVAILABILITY IN STORE. "IN STOCK" ON LILLIPUTRECORDS.COM DOES NOT REFLECT "IN STOCK" AT OUR RETAIL STORE, AS "OUT OF STOCK" ON LILLIPUTRECORDS.COM DOES NOT REFLECT IN STORE INVENTORY. PLEASE CALL (414)271-8590 FOR AVAILABILITY.
This website uses cookies to personalize content and analyse traffic in order to offer you a better experience.
I accept Learn More
back to top