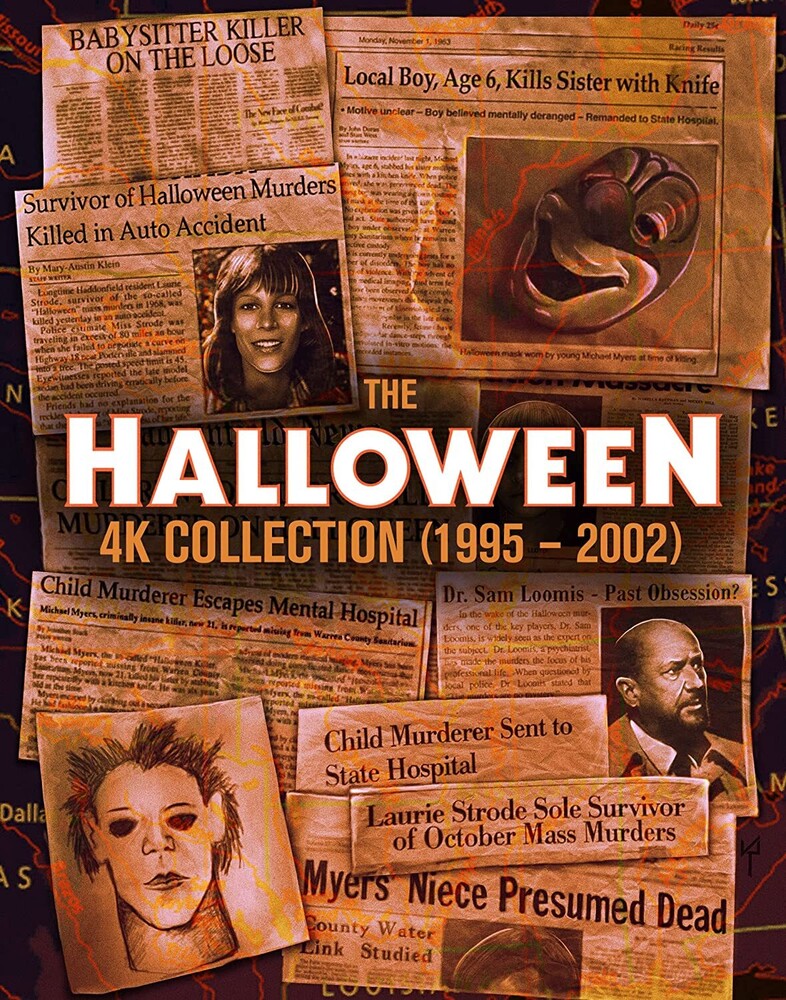 Eigh-disc set includes: Halloween: The Curse Of Michael Myers (1995)The sixth installment in the ever-popular series finds masked monster Michael Myers returning to his Haddonfield hometown, where he's out to terrorize a young woman and her newborn baby. Donald Pleasence and Paul Rudd star in this shocker, reportedly the last in the series. R-rated version; 88 min./Unrated producer's cut; 118 min. C Halloween: H20 (1998)Twenty years after Michael Myers terrorized the screen for the first time, the mysterious "Shape" is back, wreaking havoc once again for sister Laurie Strode (Jamie Lee Curtis), now a boarding school headmistress and single mother, as well as her teenage son and his pals. With Josh Hartnett, Michelle Williams, Adam Hann-Byrd, LL Cool J and, in a cameo, Janet Leigh. 86 min. C/Rtg: R Halloween: Resurrection (2002)The evil is reborn in this full-tilt frightfest, and six young people are recruited to spend Halloween in the house where maniacal Michael Myers used to live. The teens are equipped with miniature video cameras so their experiences can be broadcast live on the Internet, but before you can say "slice and dice," they're being terrorized by a certain masked murderer. Busta Rhymes, Bianca Kajlich, Thomas Ian Nicholas, Sean Patrick Thomas, Tyra Banks and, in a cameo, Jamie Lee Curtis star. 89 min. C/Rtg: R
AVAILABILITY ON LILLIPUTRECORDS.COM DOES NOT AUTOMATICALLY REFLECT AVAILABILITY IN STORE. "IN STOCK" ON LILLIPUTRECORDS.COM DOES NOT REFLECT "IN STOCK" AT OUR RETAIL STORE, AS "OUT OF STOCK" ON LILLIPUTRECORDS.COM DOES NOT REFLECT IN STORE INVENTORY. PLEASE CALL (414)271-8590 FOR AVAILABILITY.
This website uses cookies to personalize content and analyse traffic in order to offer you a better experience.
I accept Learn More
back to top