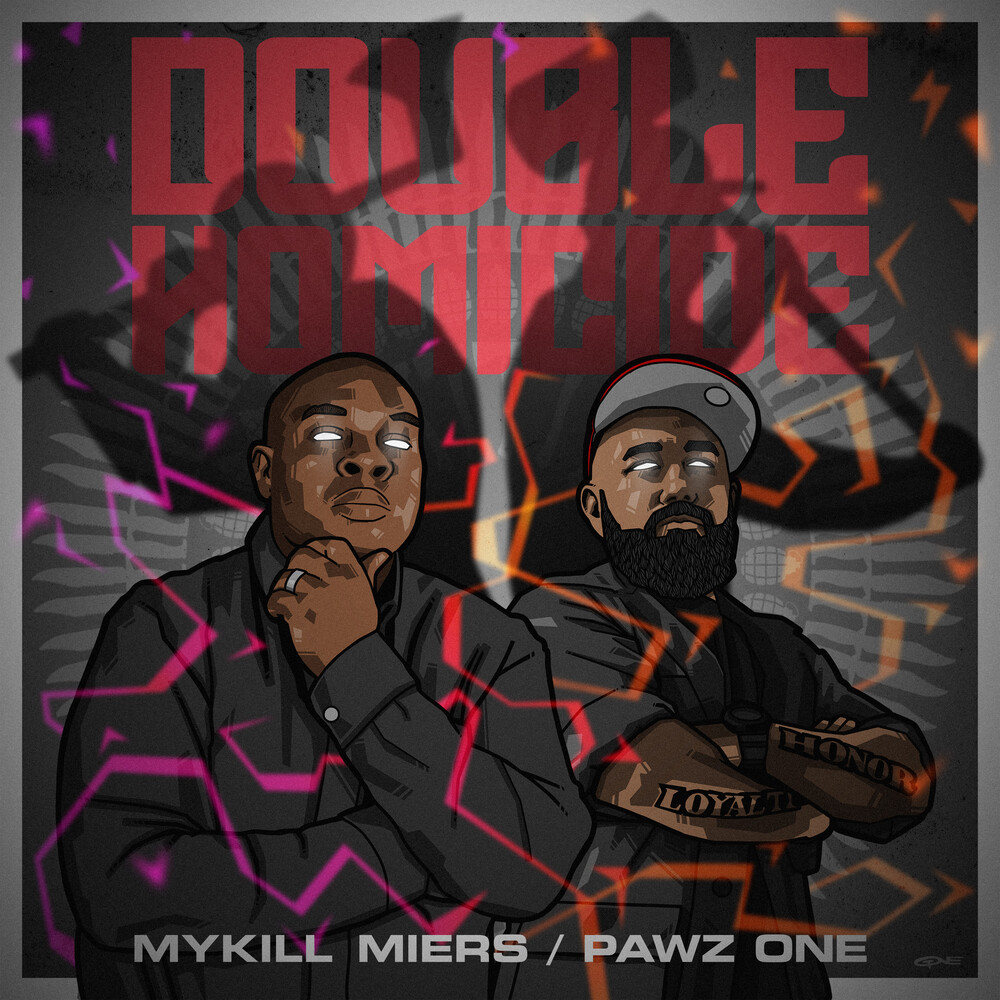 Vinyl LP pressing. In a Hip Hop match-up as heavy as Freddy vs Jason was to horror cinema, Los Angeles emcee's Mykill Miers and Pawz One have announced a collaborative album titled "Double Homicide". The project is packed with multi-syllabic lyrical barrages and DJ cuts as gritty as the boom-bap backdrops for a journey through the dark underbelly of the city of angels. Mykill Miers, the self-proclaimed "Hitchcock Of Hip Hop" has been a threat on the mic since the late 90's, coming up in the same circle as notables including Planet Asia, Dilated Peoples and Phil The Agony. Pawz One has been releasing music for the past decade has been repping hard for the real ish. Speaking on their initial link-up Pawz recalls "I had obviously known of Myk for a while from killing it on the "Wake Up Show" to all the work he dropped. I was circulating around shows in LA a few years back and we ended up on the same bill a few times. We exchanged contact and did a few songs and I felt like it was a combo people would like to hear more from. " Production on the album includes work from Default Beats, Big Bob, Phaisrok, DJ Ray Swift, Science and Mykill Miers himself. Turntablists including DJ Rhettmatic, DJ Merk1200, DJ Breeze, DJ Romes and DJ Fastcut lend their skills and emcees including Ruste Juxx, Mic Handz, Edo. G, El Da Sensei, King Magnetic and Buddah.
AVAILABILITY ON LILLIPUTRECORDS.COM DOES NOT AUTOMATICALLY REFLECT AVAILABILITY IN STORE. "IN STOCK" ON LILLIPUTRECORDS.COM DOES NOT REFLECT "IN STOCK" AT OUR RETAIL STORE, AS "OUT OF STOCK" ON LILLIPUTRECORDS.COM DOES NOT REFLECT IN STORE INVENTORY. PLEASE CALL (414)271-8590 FOR AVAILABILITY.
This website uses cookies to personalize content and analyse traffic in order to offer you a better experience.
I accept Learn More
back to top