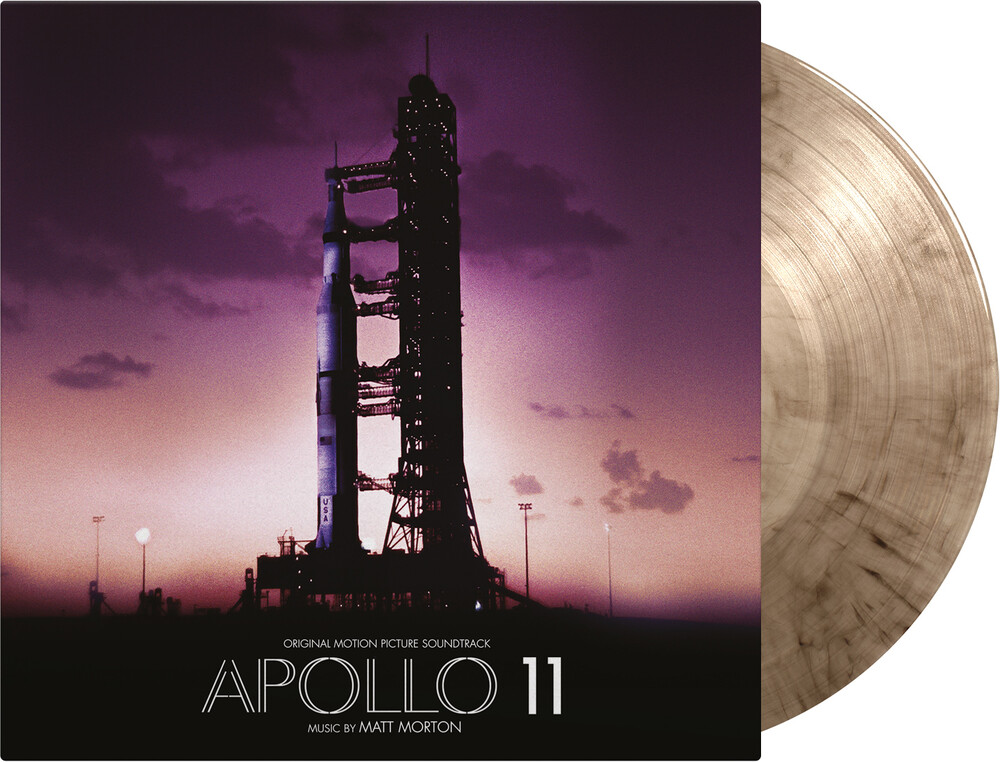 The 2019 American documentary film Apollo 11 focuses on the first moon landing in 1969, of which the spaceflight was called Apollo 11. The mission was led by commander Neil Armstrong and pilots Buzz Aldrin and Michael Collins. The film is edited, produced and directed by Todd Douglas Miller and consists solely of archival footage, including 70 mm film previously unreleased to the public. The film won a leading five awards at the 5th Critics' Choice Documentary Awards, a Peabody Award and received five nominations at the 72nd Primetime Creative Arts Emmy Awards, winning three for it's editing and sound. It's score is composed by Matt Morton, an award-winning composer, multi-instrumentalist and producer from Ohio. For the recordings of Apollo 11, Morton exclusively used instruments and effects that existed at the time of the Apollo 11 launch in 1969.Apollo 11 is available as a limited edition of 500 individually numbered copies on 'Moondust' colored vinyl and includes an insert with pictures and liner notes by director Todd Douglas Miller.
AVAILABILITY ON LILLIPUTRECORDS.COM DOES NOT AUTOMATICALLY REFLECT AVAILABILITY IN STORE. "IN STOCK" ON LILLIPUTRECORDS.COM DOES NOT REFLECT "IN STOCK" AT OUR RETAIL STORE, AS "OUT OF STOCK" ON LILLIPUTRECORDS.COM DOES NOT REFLECT IN STORE INVENTORY. PLEASE CALL (414)271-8590 FOR AVAILABILITY.
This website uses cookies to personalize content and analyse traffic in order to offer you a better experience.
I accept Learn More
back to top